American Girl Launches “Together We Make the Holidays” Campaign

American Girl is launching several new charitable programs as part of its “Together We Make the Holidays” giving campaign. The first part of the campaign is “Get a Friend. Give a Friend,” where American Girl will match any 18-inch doll purchase with a second doll donation. Working with the Children’s Hospital Association, the doll donation will be distributed to thousands of girls receiving care in the Association’s 200 U.S. hospitals. This initial campaign will take place from November 6 to 30.

Additionally, American Girl is asking fans to “bake a difference” through the company’s “For Goodness, Bake!” initiative in support of No Kid Hungry, a national anti-hunger campaign run by Share Our Strength. From November 1 to December 31, American Girl will match dollar for dollar  girls’ holiday bake sale proceeds to No Kid Hungry. Originally launched on January 1 to celebrate the 2015 Girl of the Year Grace, “For Goodness, Bake!” has raised more than $450,000.

American Girl is also contributing to Today’s 22nd annual Holiday Toy Drive for the second consecutive year. On November 23, the brand will announce a donation of dolls and books worth half a million dollars. 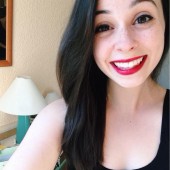