Barbie and the Secret Door Opens into a Magical World In Barbie and The Secret Door from Universal Studios Home Entertainment, Barbie stars as Alexa, a shy princess who discovers a secret door in her kingdom and enters a whimsical land filled with magical creatures and surprises. Inside, Alexa meets Romy and Nori, a mermaid and a fairy, respectively, who explain that a spoiled ruler named Malucia is trying to take all the magic in the land. To her surprise, Alexa has magical powers in this world, and her new friends are certain that only she can restore their magic.

With seven original songs and a trifecta of characters, Barbie and The Secret Door will be available on Blu-ray Combo Pack including Blu-ray, DVD, and Digital HD with UltraViolet on September 16. 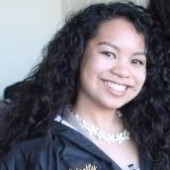