IAmElemental has added to its Series 1 product line of female action figures, designed for kids to develop their characters by playing with “Elements of Power” such as bravery and honesty. The full line includes the Courage Female Action Figures, a series of seven four-inch articulated action figures; a complete set in a lunchbox carrying case; the Courage Core Power Female Action Figure, a 6.5-inch figure, featuring more than 30 points of articulation that is a fusion of all Elements in Series 1; a three-piece Courage Tableware Set, including a plate, a bowl, and a glass; and The Elements of Power Board Book, a 12-page book, profiling each figure in Series 1 of Courage. The figures and set in the lunchbox carrying case are available now for retail and the Courage Core Power Female Action Figure, tableware set, and board book are available for an online pre-order with an estimated delivery date of November.

Last year, IAmElemental launched a Kickstarter campaign that was fully funded in two days, drawing backers from all 50 states and six continents.  The company was named by TIME Magazine as one of the “25 Best Inventions of 2014” and “Top 10 Toys of 2014.” 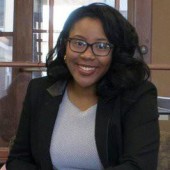