Pac-Man to Join the Cast of Super Smash Bros. Nintendo revealed that Pac-Man will be joining the cast of the upcoming Super Smash Bros. games for the Wii U and Nintendo 3DS systems. This addition brings together video game legends Mario, Mega Man and, of course, Pac-Man for the first time.

The game is set to launch on October 3 for the Nintendo 3DS and on Wii U during the 2014 holiday season.

Masahiro Sakuri, Super Smash Bros. developer, also announced that players will now be able to customize any Mii character they want and set them fighting in this new game. Other highlights include a Super Smash Bros. invitational tournament, and a live broadcast showcasing a variety of upcoming Nintendo games. 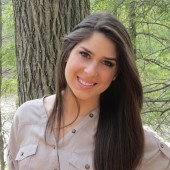