Licensed products captured one quarter of unit sales in the U.S. for kids ages 14 and under, according to fourth quarter 2017 findings from the U.S. Kids License Tracker, the latest service from The NPD Group. While present in kids’ lives, kids tend to change interests and age in and out of various licenses as they move through different life stages.

The second largest group included kids ages 6 to 8, with 23 percent shares of the kids licensing market. The industries holding the highest share for this age segment were fashion accessories, apps, in-app purchases, and school supplies. Star Wars accounted for the largest share of sales among this age range. In quarter four of 2017, licensed sales for kids amounted to around $17 billion in consumer spending. 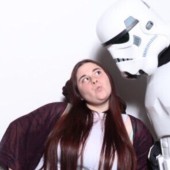 Xandra Harbet is an assistant editor at Adventure Publishing Group. She writes articles for the Pop Insider, does weekly toy reviews for The Toy Insider and contributes to trade magazines, The Toy Book and The Licensing book. You can follow Xandra on Twitter @stakingmyheart.