Players can now purchase the LEGO Star Wars: The Force Awakens Deluxe Edition, which includes both the main game and the Season Pass for Playstation 4 and Xbox One. 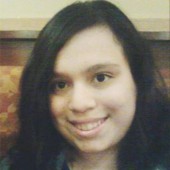