Gibson outscored 400 other Scrabble players, including previous champions Matthew Tunnicliffe and Joel Sherman, and holds the title for the second time, first winning in 1994. He won the championship trophy and $10,000.

Players proceeded through spelling ranks according to their records and points scored against opponents. Gibson defeated Dr. Ian Weinstein of Coral Springs, Florida by more than 26 points, leaving him with a final score of 397-371. The game-winning words were drearies, serrano, orcinolis, and spelter. 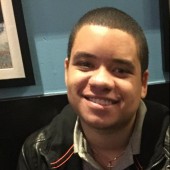