Disney Magic Kingdoms allows players to enter the world of Disney and Disney Parks as they endeavor on a quest to restore the kingdom’s magic from evil powers. The app allows players to build attractions from the parks like Space Mountain, California Screamin’, and It’s a Small World. Disney Magic Kingdoms also allows users to share moments with their favorite Disney characters from Disney Pixar’s Wall E, Toy Story, Tangled, and more. 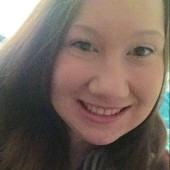