Similar to its predecessors, Colleggtibles are tiny collectible animals that are contained in a small egg-like container, made out of patented material. The shell’s bright, colorful speckles indicate which of the 13 families the Hatchimal inside belongs to, giving kids a tiny glimpse of who their new friend may be and letting them decide whether to keep or trade their Hatchimals Colleggtible even before hatching.

Kids can rub the heart on the egg gently until it turns from purple to pink; it’s ready to hatch once it’s pink. The animal inside is a mystery until kids hatch it. This first wave of the release features more than 70 different collectible characters.

Spin Master Corp. also has more than 25 new licensing partners for 2017, including Penguin Random House, which will develop a line of Hatchimals books. 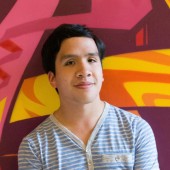