The best way to learn is hands-on, and there are lots of great toys that let kids learn about the world around them—while having fun at the same time! With solar-powered toys, kids come to understand how the sun provides energy and how to harness it for their use. OWI’s 14-in 1-Educational Solar Robot Kit, recipient of Best Green Products Award 2013, is a solar-powered robot that transforms into 14 different robot modes. Kids can easily change from a tail-wagging dog to a running beetle, a walking crab to a surfer, a speedster to a zombie chaser, and others. The robot kit provides unique accessories and parts that allow the robot to move on land and in water. It moves in direct sunlight and allows kids to create and use their imagination. There are two levels in building the robot kit. Level one includes Turtle-bot, Beetle-bot, Quadru-bot, Boat-bot, Walker-bot, Dog-bot, and Wheel-bot. Level two includes Roly Poly-bot, Auto-bot, Slither-bot, Surf-bot, Zombie-bot, Crab-bot, and Row-bot. Additional features include adjustable polarity on the solar panel to change direction of motor rotation, a retractable robot head which can be quickly stored in the upper body and can be installed in the front, top, or rear of the gearbox, and a transparent housing so kids can see the movements of the gears. The Volta Racer, from ToyLabs, is a solar motorcar powered by a flexible polycrystalline silicon solar cell. The Volta Racer combines industrial design with advanced solar technology to achieve new levels of performance, and is packaged with all the prefabricated components necessary for kids to build and power the vehicle. The racer can be assembled in as little as 15 minutes with no special tools.

By assembling the Volta Racer, kids learn basic concepts and principles of solar electricity and mechanical engineering. The Volta Racer operates at normal and high speeds and can traverse various surfaces and terrains. The curvature of the flexible polycrystalline silicon solar cell allows the car to capture more of the sun’s energy from numerous angles. The car also employs super-lightweight, eco-friendly, recyclable materials.

For more commentary from Christine, check back often. Views expressed in this column are solely those of the author and do not necessarily reflect the views of The Toy Book as a whole. We hope that you will share your comments and feedback below. Until next time! 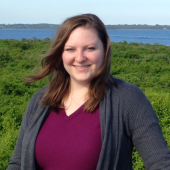