Bandai America will showcase its toy line for the new animated series Miraculous during the North American International Toy Fair from Feb. 13 to 16. The series’ first season premiered on Nickelodeon, having already debuted in France and Korea with consistent number one ratings.

Bandai will introduce an assortment of toys centered on aspirational action play, transformation and friendship. Targeted to girls ages 4-8, the Miraculous toy line is set to launch this fall at mass and specialty retailers across the globe. 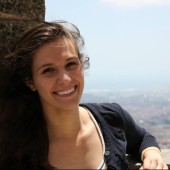